The average American spends nearly 11 hours in their cars every week, With so much time behind the wheel, it’s always important to find ways to make your car safer and more comfortable, especially if you’re living near Brentwood California.

Installing window tinting film on your vehicle’s windows is a wonderful way to reduce heat and glare on your drive. But how do you know which film is the best window tint for your needs?

Here at Tintix, there are many options available and each type has its own unique benefits that set it apart from the others.

Here in this article, I have added some of the best tints types to choose from so you can find the right fit for your ride. 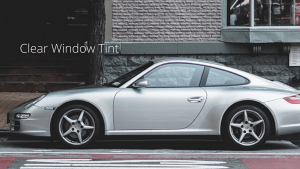 Clear car window tint is a great way to block the sun’s UV rays without changing the look and feel of your car.

As the name suggests, the film is almost completely clear so you won’t have to worry about visibility once it’s applied.

Clear films are the best window tint option for drivers who just want to protect themselves, their passengers, and their car’s interior from the sun’s UV rays.

That said, the clear tint won’t do much to block heat or increase your privacy inside the vehicle. People will be able to see inside your just like they could through the factory glass. 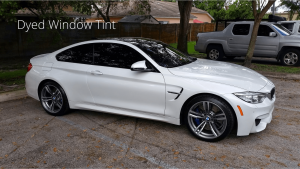 Dyed window tinting film is the best option for drivers on a budget. It’s incredibly affordable and comes in a variety of shades and tint percentages to suit your personal preferences and style.

Dyed window tint is the most economical type of window-tinting film – least expensive and rather less functional than the others – blocks light rays by the addition of dye to the film; the dye is placed in a layer next to the adhesive, and then applied to the window.

Solar heat is absorbed by the dye in the film, thus preventing some of the heat from entering through the window.

However, the dyed window-tinting film is used primarily for appearance.

From the outside, the dyed film looks flat and opaque, providing some privacy while still permitting visibility from the interior; when used on the windows of an automobile, it will appear black.

The dye does tend to fade with time, however. The heat-reduction provided by most varieties of the dyed film is not particularly high.

The film itself blocks almost all of the sun’s UV rays from making it inside your car. This means it’s ideal for people looking to cut down the amount of sun damage done to their car’s interior.

Though it’s durable, it can get scratched and, if it’s not installed by a professional, dyed film is prone to premature fading and bubbling.

Keep in mind that the dye will eventually fade and you will need to replace the film down the road.

For drivers who are looking for an entry-level tinting film or those who plan on trading in their car in the future, dyed films are the best choice.

Metalized window tint film is a step up from dyed tints. They’re dark enough to help block much of the sun’s UV rays, but take things one step further: they block heat as well.

The film has a thin layer of metal that helps reflect the sun’s heat away from your car’s interior. This, combined with UV-blocking technology, helps reduce the wear and tear inside your car while also making it more comfortable.

You’ll still want to park in the shade whenever possible, but the film will spare you the feeling of a scorching-hot leather seat in the summer.

Metalized window tint has the added benefit of being more durable than standard dyed films, offering longer use and less fade over the years. Quality films are also more scratch-resistant, making them ideal for drivers with small children and pets.

Keep in mind that metalized window tints can interrupt your cell reception inside the car and may impact satellite radio reception. If you rely on technology while behind the wheel, you may want to choose a different film. 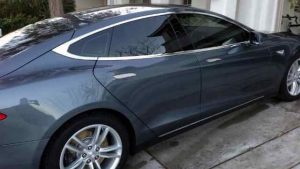 Ceramic window tints, like metalized tints, block both UV rays and heat inside the car.

These films come in different shades and finishes, giving you control over the way your car looks and feels. But they also give you superior glare protection, improving visibility on the road, even during dawn and dusk drives.

There are multiple grades of window tints for cars. Some are designed for aesthetic appeal only – while others are great at providing superior UV protection or infrared radiation blocking technology.

Ceramic window tint is the pinnacle of window protection.

It’s engineered for superior clarity, blocking 99% of UVA and UVB, and most importantly – helps to keep the inside of your vehicle cooler – when infused with IR blocking materials.

The tints are completely metal-free, swapping out the metal particles found in metalized tints for high-quality ceramic particles that accomplish the same tasks.

The lack of metal means you can still use satellite radio, navigation, cell phones, and other technology without worrying about signal interference from the window film.

Keep in mind that the film isn’t the cheapest option on the market. Ceramic films cost more to manufacture than metalized or dyed tints.

That said, most drivers find that they’re well worth the investment. At Tintix we offer the best in advanced nano-ceramic technology. 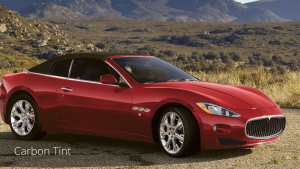 If you’re looking for the top line in UV and heat protection, carbon or infrared rejection films are your best choice.

Carbon film doesn’t have any metal in it, so the issue with cell phones and radio transmission doesn’t arise when it is used. Carbon window-tinting film is dark and matte-finished, so it provides a tasteful option on windows.

The carbon content of the film blocks about 40% of the infrared light (the kind that causes warmth) that enters through the windows. Carbon window-tinting film is about as effective as other varieties in blocking heat; its use will effectively cool inside space while also helping prevent fading to upholstery.

Like ceramic films, they contain no metal. Instead, they rely on carbon particles to block out the heat and provide you with a comfortable drive no matter what time of day you’re on the road.

Since there’s no metal involved, you won’t have to worry about signal interference with your mobile devices. Even better, they’re incredibly durable and won’t fade or lose their effectiveness over the years.

You may even notice better gas mileage after the film gets installed as you won’t have to crank the heat or air conditioning as high or as often! 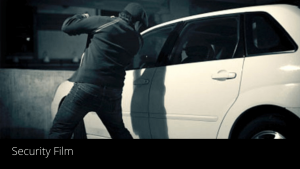 748,841 vehicles were stolen in 2018 alone. And most of those stolen cars had their windows smashed to open the doors first.

All window tinting films increase security inside your car to some extent. The film itself helps hold glass together, keeping it from shattering on impact and decreasing the time needed to clean up after the incident.

Security film takes things a step further, increasing the impact resistance of the glass to keep you safer on the road. Thieves won’t be able to break into your car quickly and you’ll avoid possible injuries from flying glass if you’re in an accident.

The best window tint film for your car is one that’s installed by a professional. No matter what your budget is, they’ll be able to find a film that works for your car.

Regardless of the type, you’ll end up with a better and more comfortable drive.

Ready to get the best tint film installed on your car? Tintix offers the best types of window tint to match your needs, We’ll work with you and your budget to find the perfect film for your needs. 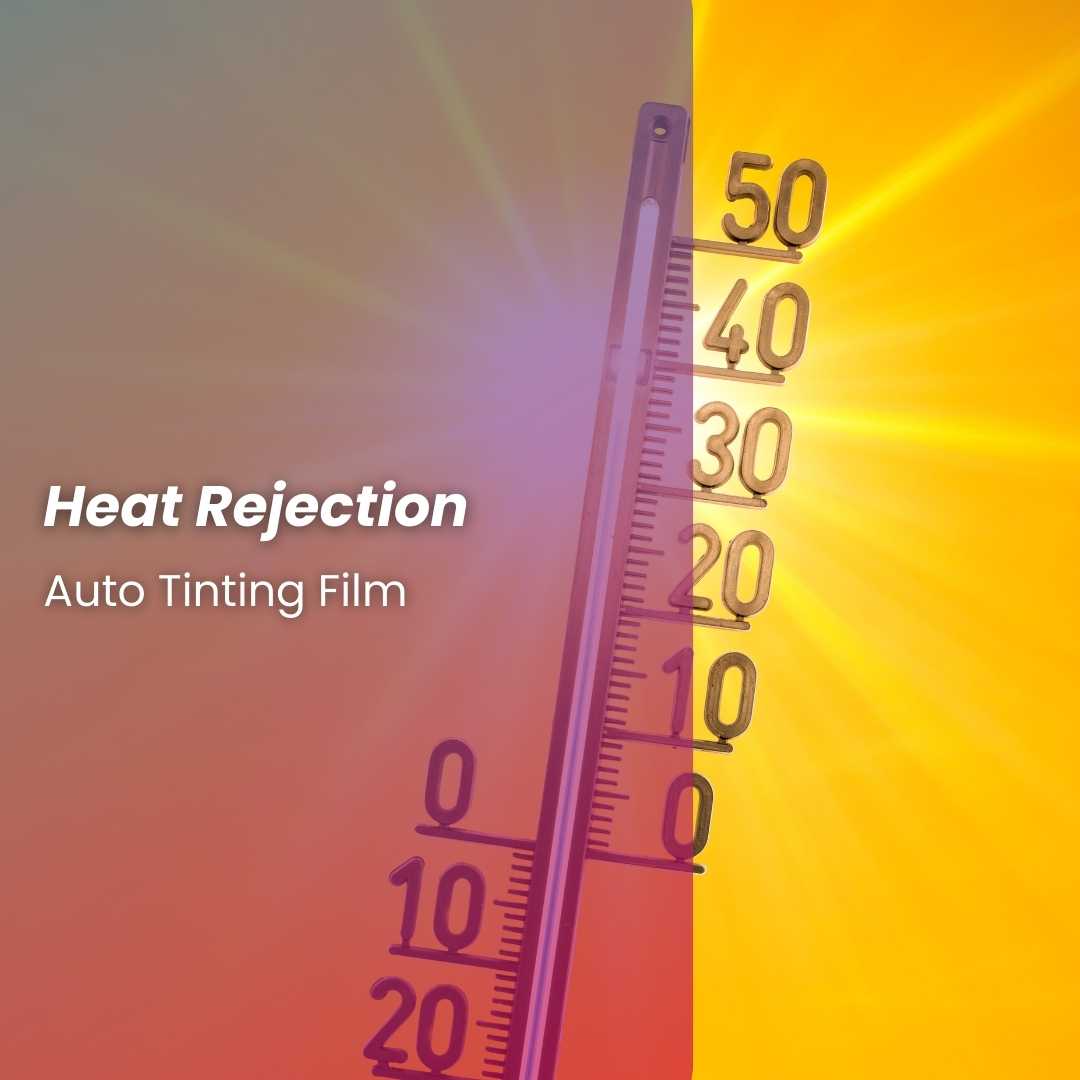 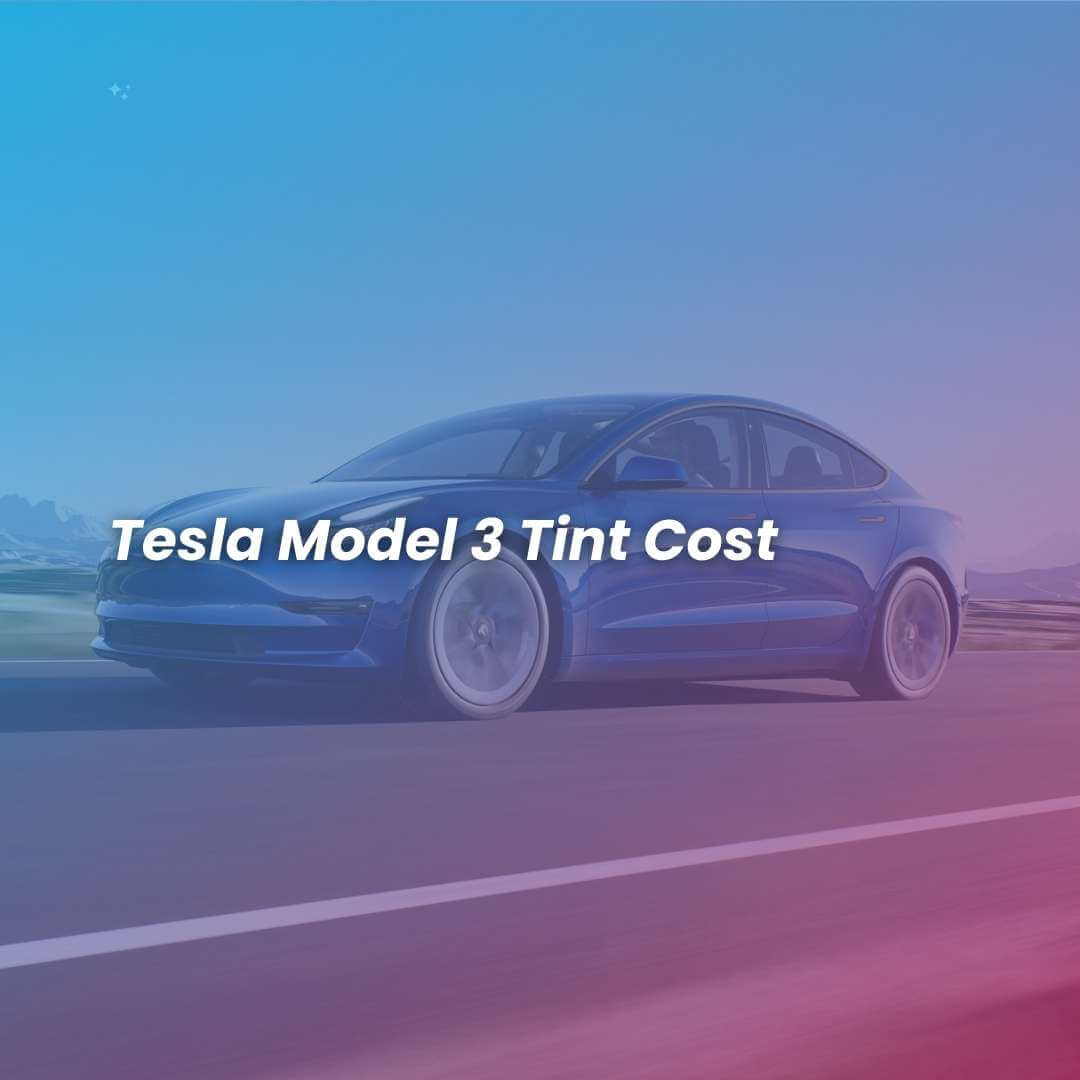 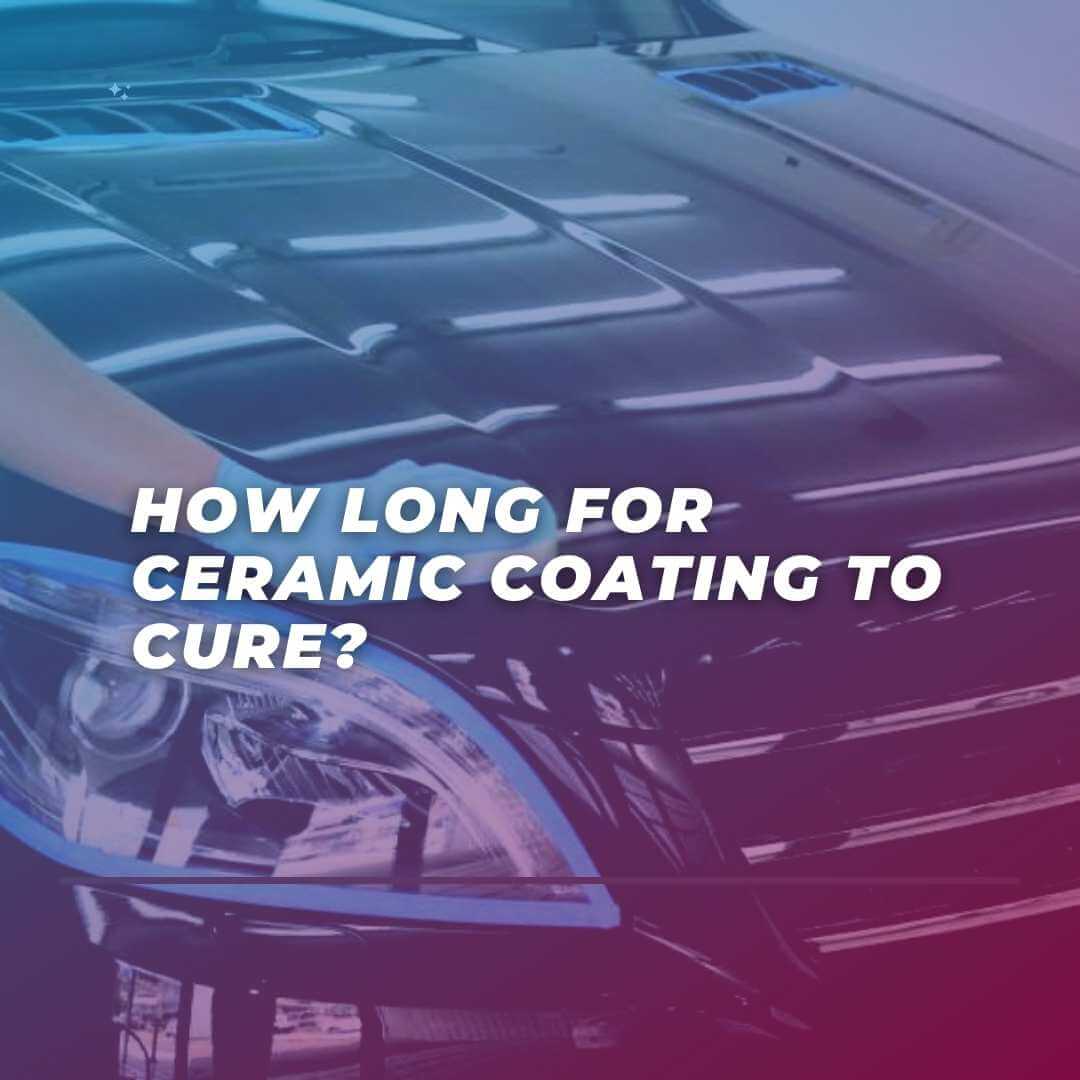 How Long For Ceramic Coating To Cure